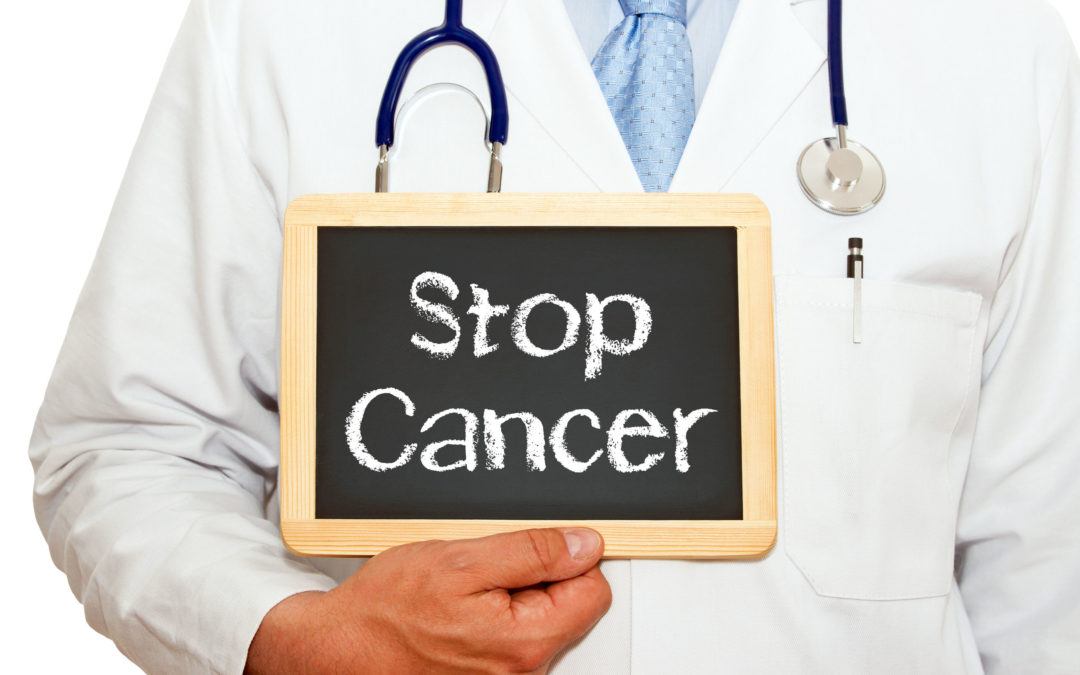 Cancer is one of the leading causes of illness and mortality in the U.S. It is the leading cause of death for those under the age of 85. Research efforts extend far and wide to find cures for the many diseases that can lead to cancer.  Of the 100 diseases that come to be labeled cancer, attributes of the disease are based on the unregulated growth of cells. Cells live and die in an expected manner throughout the lifespan. Normally cells die, grow, and repair fastest in youth so that energy can be maintained to allow the child to grow. Then throughout adulthood, cells die, grow, and are replaced in a more moderate pace just out of the natural cellular life cycle or in the event where there was injury and the cells are working to repair and bring forth homeostasis once more.

Cancer cells are cells that have gone haywire with bad cell imprinting and replicate to make more cells with bad imprints, or malignant tumors, and invade parts of the body where cell growth and replication can prove to be problematic. This is due to damaged or faulty deoxyribonucleic acid (DNA). Considering the genetic inheritance theory of causes of cancer, there is the potential for human beings to thrive despite having faulty DNA. When a person enters the world, interaction with the environment and potential carcinogens increase the likelihood of bad cell reproduction and cancer. Carcinogens elevate one’s risk for cancer, though the specific cause of cancer in individuals usually cannot be traced and faulted solely to either poor DNA, bad environment or one over the other.

Growing research and evidence suggests that environmental factors are at play in addition to the faulty DNA genetic propensity for cancer. Environment refers not only to air, water, and soil but also to substances and conditions at home. The workplace is also considered, as are diet, drugs, exposure to chemicals, sunlight, ionizing radiation, electromagnetic fields, and infectious agents are variables. Lifestyle, economic and behavioral factors add to the total sum of a cancer diagnosis, while the defining cause remains elusive. Certain microbes have been linked to cancers. These include carcinogens such as Hepatitis B, C, Epstein Barr, HP, Human Herpes virus 8. Parasites like carcinogens include liver flukes and schistosome. While cancer incidences remain high, it is not something communal or spread from person to person. Cancer spreads by virtue of one’s own cells. Cells enter into the blood stream or lymphatic system and replicate in an erratic manner after the DNA is damaged. Cancer easily becomes situated in numerous places once it spreads or metastasizes, however the cancer diagnosis will be named from the cancer’s spot of origination.

New cases of cancer in 2008 exceeded 1 million, and over 500,000 deaths were evidenced by the hand of this disease. Men are far more likely to have a cancer diagnosis than women. In 2012, the American Cancer Society stated that half of all men will have cancer during their lifetime, but women only get cancer at a third of this rate.

Certain cancers tend to be gender specific. For men, cancers of the prostate, lung, and colorectum account for about 50 percent of all newly diagnosed cancers. Prostate cancers account for 25 percent of all cancer cases in men. Men are not as likely to engage in health maintenance issues, and thus miss out on opportunities for early detection, therefore making the early intervention strategy more difficult.

For women, cancers of the breast, lung, colorectum, are most common. Breast cancer makes up about 26 percent of all cancer cases in women. Women are far more likely to be proactive about their health and wellness. Preventative screenings are more common in women, as they are more likely to engage in regular health maintenance activities, including annual exams and prevention screenings.

Hispanics and Latinos may have lower cancer rates, but their cancer areas are more specific to uterine, cervix, liver, gallbladder, and stomach cancers.

Lung and colorectal cancers are more prevalent in Native American and Alaska Natives.

Asian Americans have some of the lowest cancer rates, but it is still a leading illness in their population. Cancer affects Asian Americans in vastly different ways, based on country of origin. According to a study of the Asian-American groups (namely Chinese, Filipino, Vietnamese, Korean, and Japanese), colorectal cancer rates are highest among Chinese Americans. In Filipinos, prostate cancer is more common and more deadly. Vietnamese women have the highest incidence rates and death rates from cervical cancer.

The National Institute of Health (NIH) and the National Cancer Institute (NCI) set out to educate and bring awareness to the prevalence of cancer and its causes, as well as provide information about prevention and potential cures. At present, the NIH in partnership with NCI has the backing of The U.S. Food and Drug Administration (FDA) in two cancer vaccines to help the fight against prostate and cervical cancers. Specifically, with cervical cancers, immunizations are available for type 16 and 18, which comprise 70 percent of known cervical cancers.

Health programs that exist to boost preventative screenings are widespread. Some well-known organizations include Susan G. Komen Foundation, Planned Parenthood, and The American Cancer Society. Collectively, there are over 200 cancer-devoted organizations, treatment centers, or entities working to raise education and awareness around the cause. Efforts to increase access to preventative screenings and treatment for cancer extend globally. The American Cancer Society evidences support in research and applications of remedying health disparities when it comes to cancer through grant funding. Areas of cancer research range from psychosocial, behavioral, health policy, health services, palliative care, and symptom management. There is also an immense amount of grant work to be accessed by students in research areas and institutions collaborating via the purview of grant work to examine disparities and contributing factors to cancer incidences.

Strengths and weaknesses of community-based healthcare

Strengths of utilizing community-based health care and programs include confidence in the branding and mission of the organization. Many community-based healthcare organizations and their programs are marketed expertly to the communities they are seeking to serve. Federal support and financial backing have become evidenced in many of these programs or health care entities. Following a democratic process of voting, federal funds are filtered to appropriate agencies providing health care, education, and prevention efforts for cancer. For example, in the mid-90s, the NIH received $11 billion in funds for biomedical research, under which cancer falls.

As patients receive their diagnosis, elements to consider include the level that the cancer has grown to, whether it has spread to additional parts of the system, what the best mode of treatment is, the location of the cancer, and the support system in place. The diagnosis can come with an aggressive approach and other recommendations. The doctor-patient relationship is a factor in the decision making process. Communication is crucial to the patient’s idea of the treatment working, as evidenced by a positive interaction where the patient feels valued and engaged, or at least obtaining a neutral communication rating with their care provider.

Limitations to community-based health care associations have to do with weighing individual needs and the appropriate course of treatment. For example, doctors will sometimes defer to an expert elsewhere in rare instances of cancer. Referrals create a situation in which the client must decide, along with their support network, if they wish to seek out specialized care away from home. However, there is often an issue with limitations in insurance coverage, as specified by the carrier.

In the realm of education and prevention there is a continued disparity with equal access issues. Sociologically, there continues to be a war on awareness to help make lessen disparity and bring more awareness to decreasing such issues around access to wellness. One example would be to print more literature in languages other than English. Additionally, the hiring of employees who are able to speak multiple languages or be able to engage minorities in health and wellness education, prevention, and treatment is crucial to driving down the disparity rates.

Cancer prevention from the Mayo Clinic

Lifestyle choices may curtail a cancer diagnosis. Refraining from smoking and limiting time in the sun are two good measures to prevent certain types of cancer. Having an active lifestyle and eating a nutritious diet is recommended. Still, it may remain an uphill battle to elude a cancer diagnosis given the environmental factors that one cannot escape.

Though cancer is one of the leading causes of mortality and morbidity in the United States, it should not be thought of as a death sentence. In fact, taking the following steps, as provided by the Mayo clinic, puts you back into the driver’s seat to manage your health: 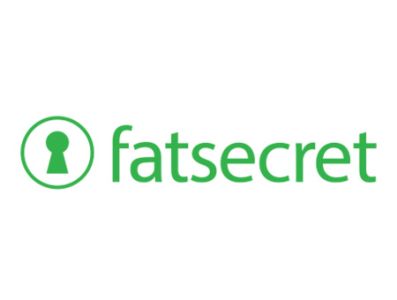 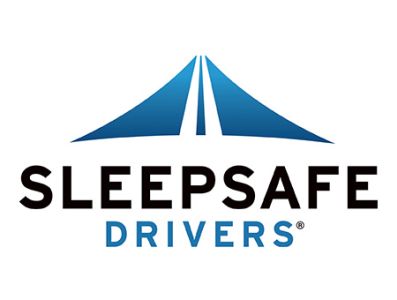 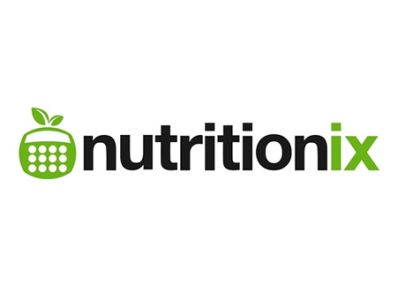